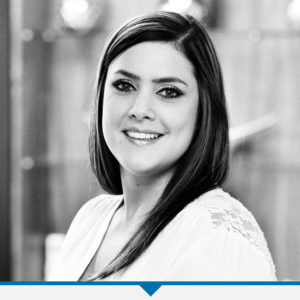 New South African research involving over 1 000 employed/previously employed workers or managers in the country now proves depression is not just a bad mood. Although respondents showed a poor awareness of cognitive symptoms, 74% of them reported experiencing one or more of the following the last time they were depressed: trouble concentrating, forgetfulness, indecisiveness. According to nearly half of the participants with depression, the cognitive symptom that most affected their ability to perform work tasks as they normally would was difficulty concentrating.

It is becoming increasingly important for Employers to pay attention to their staffs’ mental health due to stressful and demanding work environments as well as the stressful nature of life in general in this modern world. Understandably, this is not easy because the Employer cannot, and should not, be expected to ask their Employees but also because most Employees will not feel comfortable disclosing any mental health issues to their Employer. We only have society to blame for this awful truth because such symptoms are treatable and manageable and are no different to having asthma or diabetes, for example and so sufferers should not be made to feel inferior or like they are crazy.

The difficulty in an employment law sense is whether it can officially be said that a diagnosis of depression can be classified as being a disability.

Our law, in terms of section 1 of the Employment Equity Act 1998, defines a disability as being a:

Long term or recurring physical or mental impairment which substantially limits their entry into, or advancement in Employment.

The Act does not specify exact forms of disabilities and certainly not depression and so this creates a grey area because the Employer is technically afforded an opportunity to decide if same will be classified a disability in its workplace although an Employer should seek legal advice prior to doing so.

The onus is on an Employee to disclose their condition to their Employer if they wish for the Employer to consider their condition a disability and be treated accordingly. The Employee will naturally have to provide proof of a formal diagnosis from a treating psychiatrist or psychologist. Ongoing treatment should also be in place as Employees need to ensure that they are active in treating their condition because it would not be fair or reasonable to expect the Employer to afford the Employee certain temporary and/or condition-specific assistance, if the Employee does not also try to mitigate the effects on his/her work.

The South African Bill of Rights protects an Employees rights to fair labour practices, equality, human dignity and the right to a safe environment that is not harmful to his/her health or well-being.

The Labour Relations Act 66 of 1995, as amended, also protects an Employee from being automatically unfairly dismissed due to disability.

Labour Guide gave this example of a case involving an Employee with a mental illness.

In the case of Marsland v New Way Motor & Diesel Engineering (2009 CLL Vol. 18 No 9) the employee claimed automatically unfair dismissal and alleged that the employer had discriminated on grounds of mental illness. The employee, a Marketing Manager, suffered a nervous breakdown when his wife left him after 24 years of marriage. After sick leave, he returned to work and was initially treated with sympathy but later he felt excluded from work he had normally done. While this was done in order to relieve the pressure, it made him depressed as he felt left out and unwanted. The MD and the employee had a number of arguments during which the MD constantly verbally abused the employee who was increasingly excluded from his tasks. Eventually the employee had a relapse due to his anxiety and the pressure placed on him. When the employee recovered and returned to work, he was called to a disciplinary hearing for poor performance, bad time keeping, breach of policies and misuse of company benefits. He was issued with a final written warning. Later the employee was told that the marketing function was to be outsourced. The meeting became heated and the employee felt afraid that the MD (who had previously assaulted another employee) might hit him. The employee thus left and never returned. The employer frequently requested the employee to return to work but he refused. He referred a case to the Labour Court for automatically unfair constructive dismissal. Surprisingly the employer attended court every day but gave no evidence. The court found the employer’s behaviour was calculated to destroy the employer/employee relationship. This view was based on the MDs constant verbal abuse of the employee in the presence of others. This made employment intolerable.

Employees are entitled to paid sick leave in terms of s22 of the Basic Conditions of Employment Act 75 of 1997 (BCEA), as amended. This however should not be abused. If the Employee expends all his/her sick leave entitlement, the Employer can deduct further leave from the Employee’s annual leave, after a discussion with the Employee. Depression can obviously have a serious negative effect on productivity and this should be factored in when deciding whether to allow further time off from work.

Although, as mentioned, this is still quite a grey area in South African labour law, Employers are encouraged to develop policies and guidelines on how to deal with Employees who make a disclosure of their mental health issues and who present the Employer with proof thereof. Employers are urged to have the option of internal counselling as well as allow an Employee, within reason, time off to attend counselling sessions with his/her medical practitioner. Employers must also tread carefully when choosing to discipline an Employee suffering from depression where the misconduct is caused by the disability.