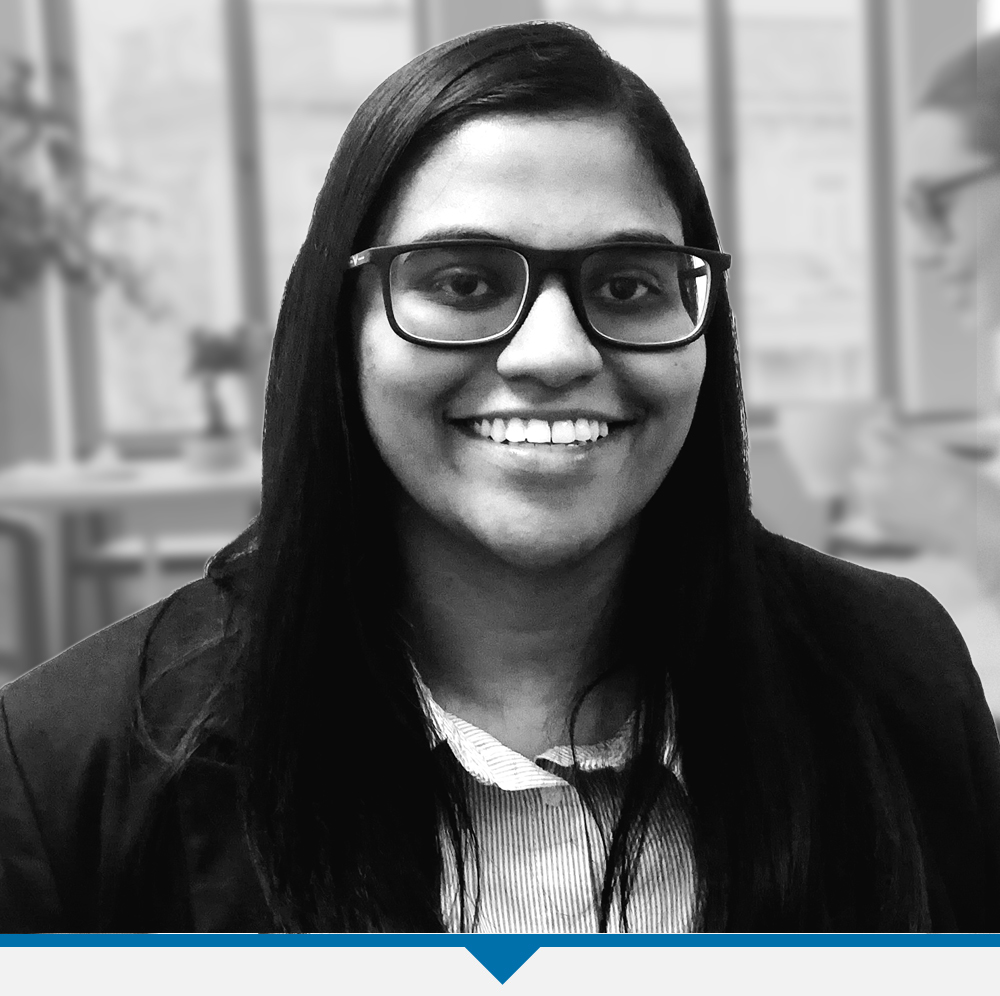 There has been a long-standing problem of missing audio recordings or unclear recordings of arbitration proceedings in the CCMA and in the Bargaining Councils. Despite the implied duty on the CCMA to keep and maintain proper records of arbitration proceedings, it is apparent that there is still a failure to do so. This has been particularly problematic when an Applicant is required to file the record of the proceedings as part of their Review application in the Labour Court.

The general consensus by Applicants seems to be that they cannot be held accountable where the CCMA or the Bargaining Council has failed to provide a complete record of the arbitration proceedings. Legal practitioners should be wary of adhering to this school of thought as it seems that the Courts have handled this issue on a case to case basis. This article shall accordingly examine the various cases that have dealt with missing or incomplete records.

In Uee-Dantex Explosives (Pty) Ltd v Maseko and others [2001] JOL 8211 (LC), the CCMA gave notice that there was no record of the arbitration proceedings. The Labour Court (“LC”) noted that there was a material dispute of fact which would only be resolved by looking at the record itself. Without having sight of the record, the LC found that it had no choice but to set aside the arbitration award and refer the dispute back to the CCMA where it would be heard by a new commissioner. In his judgment, the honourable Francis AJ stated that: “there is an implied duty on the arbitrator or Commission to keep and provide this Court with a record of the arbitration proceedings.”

In Fidelity Cash Management Services (Pty) Ltd v Muvhango, SA [2005] JOL 14293 (LC), the record of the arbitration proceedings was incomplete and the Applicant contended that its right to review the award was prejudiced. The Court however, did not accept the Applicant’s argument and was unwilling to refer the matter back to the CCMA simply because the record was incomplete, especially in circumstances whereby the Applicant had failed to take any steps to reconstruct the record. The Court dismissed the review application and went on to state that it may have taken a different view had the Applicant taken the necessary steps to remedy the defects in the record.

The challenges regarding incomplete records was also examined in the Constitutional Court case of Toyota SA Motors (Pty) Ltd v Commission for Conciliation, Mediation and Arbitration and others [2016] 3 BLLR 217 (CC). In this instance, Toyota had taken the arbitration award on review but had failed to deliver a complete record. Toyota did convene a reconstruction hearing, but unfortunately the reconstructed record was of poor quality. Thereafter, no significant steps were taken by Toyota to proceed with the matter. Accordingly, the Union on behalf of the employee launched an application to the LC to have Toyota’s review application dismissed stating that there was an undue delay in prosecuting its application. The LC granted the dismissal application. Both the LC and the Labour Appeal Court refused Toyota’s application for leave to appeal. Toyota accordingly approached the Constitutional Court (CC).

The CC found that during 22 months, Toyota had done little to prosecute the review, despite constant urging from the employee and his Union to do so. The CC stated that as dominus litis, Toyota was obliged to take appropriate and urgent steps to reconstruct the record. The CC held further that: “the approach to procuring a full record of the hearing was not diligent, the prosecution of the review was not expeditiously pursued and the explanation for the delays is not reasonable.” The CC ultimately found that to grant leave to appeal would be to undermine the Labour Relations Act wherein one of the purposes of the Act was to provide swift resolutions to labour disputes. Leave to appeal was accordingly refused.

From the above case, it is ostensible that the Courts are reluctant to tolerate unreasonable delays in prosecution of a review. It is apparent however, that these delays are often as a result of uncertainty that legal practitioners may have regarding the process to be followed when faced with a lost or incomplete record. The case of Sol Plaatjie Local Municipality v South African Local Government Bargaining Council and Others (PR192/15) [2017] is especially informative in this regard as it seems to provide guidance for practitioners on the way forward.

In this case, the Applicant filed an Application to Review and set aside an arbitration award, which directed that the employee be reinstated. The Registrar had issued a Rule 7A(5) Notice informing the Applicant that the recordings have been filed at court by the Bargaining Council. In terms of clause 11.2.2 of the Practice Manual of the Labour Court, an Applicant must file the record within 60 days from receipt of this Notice. The Applicant in this matter failed to file the record within the 60 day period. In response, the Respondent’s attorney wrote to the Applicant’s attorneys informing them that their Review Application was deemed to have been withdrawn.

At the outset, the Court confirmed that provisions in the Practice Manual must be adhered to by litigants at all times. It went on to state that if an Applicant is unable to meet the 60 days deadline, it must approach the Respondent and request an extension to file the record. Should the Respondent refuse this request, the Applicant may then apply to the Judge President, by way of a Notice of Motion and Supporting Affidavit, for an extension of time. Since the Applicant had failed to adhere to either of the two processes, the honourable Prinsloo J found that the Review Application was deemed to be withdrawn. As such, the Court could not remit the matter to the Bargaining council, nor could it condone the late filing of the record. The Court stated that the Applicant could however apply to have the review application reinstated.

The Court in addressing the Applicant’s second prayer, to convene a meeting to reconstruct the record, referred to clause 11.2.4 of the Practice Manual which states the following:

“If the record of the proceedings under review has been lost, or if the recording of the proceedings is of such poor quality to the extent that the tapes are inaudible, the applicant may approach the Judge President for a direction on the further conduct of the review application. The Judge President will allocate the file to a judge for a direction, which may include the remission of the matter to the person or body whose award or ruling is under review, or where practicable, a direction to the effect that the relevant parts of the record be reconstructed.”

The Court noted that parties often abuse clause 11.2.4 of the Practice Manual by seeking the Court’s direction under circumstances where the record is missing, incomplete or inaudible, before first fully exploring all options. Prinsloo J proceeded to set out the relevant steps Applicants should be taking when faced with difficulties in filing the record. An Applicant should first determine whether the entire record or only a portion of the record is lost or inaudible. This is necessary as an Applicant should make available, copies of portions of the record as may be necessary for the purposes of the Review in that in certain instances, the entire transcript of the proceedings may not be necessary. Where an entire recording is missing and it has been established that the record is necessary for the Court to decide the Review Application, there should be an attempt to reconstruct the record whereby it would be the Applicant’s duty to pursue the reconstruction process to its conclusion.

Where the reconstruction process proves to be futile, the Applicant must seek the Respondent’s consent to have the matter remitted to the CCMA or relevant Bargaining Council to be heard de novo. Only if the Respondent refuses to consent to the matter being heard afresh, should an Applicant approach the Judge President for a direction on the further conduct of the Review.

In this case, the Bargaining Council had previously offered their assistance to the parties to reconstruct the record, yet instead of following through on that process, the Applicant approached the LC for an order directing the parties to reconstruct the record. The Court considered this an abuse of power as parties are required to exhaust all remedies before approaching the LC for direction. The application was accordingly dismissed with costs.

In light of the above cases, it is concluded that the Courts do not take a lenient stance when confronted with delays in Review proceedings. Given the unyielding deadlines stipulated, legal practitioners are bound to face several hurdles when filing a record in Review proceedings; these hurdles however do not condone any such delay. In fact, it seems that it places a more arduous obligation on an Applicant to take all necessary steps required to bring a matter to finality. Failing which, Applicants face the risk of having their Review Application dismissed.