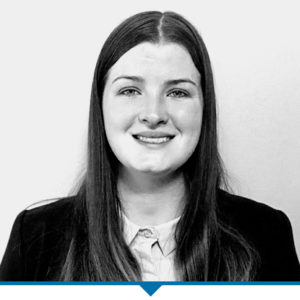 Recently, a client approached us for help in bringing a review application to the Labour Court. The client had already gone through the motions of a disciplinary hearing, appeal against the outcome and then a referral to the CCMA, all of which were decided against the client. The arbitrator ruled in favour of the Employer that the dismissal was fair and the client is anxious to have the award reviewed. The tricky part is that there has been quite some time since the award was made and now, when the client instructs us to bring a review application.

After the parties have completed the Arbitration process, the Commissioner will issue an outcome certificate and if one of the parties is unhappy with the outcome they may bring a review application to the Labour court. If the party who is unhappy with the award goes to the Labour Court and asks for such award to be set aside, they must prove that the arbitrator, when making the award, misconducted his or her self. What this means is that the arbitrator committed misconduct in relation to their duties; committed a gross regularity in the proceedings; exceeded his/her powers or made the award improperly. This review application is not an appeal against the decision but rather a claim that the arbitrator erred in his decision making by, for example, delivering a biased award or failing to apply his/her mind to the facts in evidence.

According to section 145 of the Labour Relations Act, a review application needs to be brought to the Labour Court within six weeks of the award being handed down by the Arbitrator. If a party is out of the six week window they will have to apply for Condonation whereby they ask the court to waive the six week requirement and accept their late application. The party doing so must “make out a case for the indulgence sought and bears the onus to satisfy the court that condonation should be granted.” Thereafter the court will take into account the extent of the delay, the reasons for the delay, the prospects of success as well as the prejudice that could be caused to either party should Condonation be granted. If the party cannot prove that his/her prospects of success are good, even with an acceptable explanation for the delay, then the application will be refused and vice versa.

Clients need to understand that delays in these kinds of applications are hardly ever accepted as the judges have become stricter in their rulings in order to free up their court rooms. Attorneys also need to be cautious when accepting mandates regarding these cases as the judge could possibly rule that a cost order be awarded against the firm for, in a sense, backlogging their courts. The cost order can be awarded, as judges feel that attorneys should “refrain from referring hopeless cases to this court, and to place the interests of justice and of the court before the parochial interests of their clients”. Thus when one decides to take on an award for review to the Labour Court, one must be entirely certain the merits are strong as well as have the funds to back up the process.