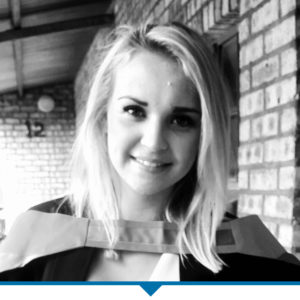 Our client approached us in light of what she believed was an unfair recruitment process for the position of HOD at the school she was employed. Her expectations were exacerbated by the fact that she had been acting in the position of HOD prior to the official appointment. We assisted our client in approaching a bargaining council for conciliation of the alleged unfair labour practice, a process which unfortunately did not give rise to a settled outcome, most likely because of the more complex nature of disputed promotions. Currently, we are in the process of having this matter arbitrated which will hopefully allow our client to reach the conclusion that she desires.

These situations create significant tension in the workplace as many employees are of the opinion that if they are qualified, have experience within the company and have perhaps acted in the more senior position, they are entitled to be promoted or at the very least are entitled to be given preference over other candidates. While management generally has prerogative over who to appoint to a vacant position it is important for employers to realise that such a prerogative is not in fact unfettered.

In Prinsloo/Nelson Mandela Bay Municipality (2008) the applicant had, similar to our client, acted in the more senior position for more than 2 years and she too felt that the employers’ failure to appoint her permanently to this position was unfair. Unfortunately, it was held that acting in a position does not itself create legitimate expectation of being permanently appointed to that position. This together with the fact that the Labour Relations Act does not in fact create a right to be appointed but rather an “interest,” makes matters even more difficult for the disgruntled employee.

So what can you do if you feel like you have been unfairly overlooked for a promotion by your employer? Well, it is important to note a few things: firstly, the right that exists, and that can be enforced, is the right to be treated fairly in the process of promoting or appointing employees to a senior position and not the right to be promoted. Secondly, in order to be successful with your claim you will have to prove that you have met all the inherent requirements of that position, that you are indeed the best candidate for that position and that giving another individual preference over you was in fact unfair. Likewise, it is important for employers to remember that their authority to make appointment decisions is still limited by law and as such must be both legal and fair.

From the above it is therefore clear that the best way to safeguard against unnecessary disagreement is to make the terms of acting in a position clear to employees and to reduce such an agreement to writing. In this manner both employer and employee are protected.